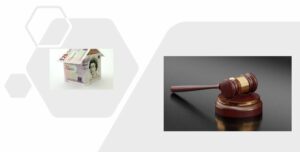 The Supreme Court has again ruled in favor of financial institutions, contrary to what everyone expected, especially after the latest ruling by the European Court of Human Rights in relation to the IRPH clause on mortgage loans.

The Supreme Court has again surprised in a decision on banking clauses, determining that, indeed, this clause should be considered non-transparent, as was presumed, but that, nevertheless, can not be considered abusive, so it is closed the possibility that consumers may claim a refund of what they have paid for the application of the index.

Recall that the European Court ruled on March 3 that the IRPH clause should be subject to transparency control, like the other clauses, contrary to what the Supreme Court had established in several judgments. This resolution seemed to open the door for the clause to be declared null and void due to abuse, as has already been the case with the “ground” clause, or the default interest clause in most mortgage deeds.

The ECHR had already ruled twice before, in relation to the “ground” clause, both in terms of its declaration as an abusive clause, and in terms of the consequences of this declaration of abuse, which the Spanish Supreme Court had initially limited, greatly reducing the amounts banks had to return to their customers.

Will the European Court have to rule for the fourth time in relation to the judicial treatment of mortgage clauses in Spain? It is likely that yes, as some consumer associations have already announced, as the four rulings that the Supreme Court has advanced this week offer, it is true, a possibility for the judicial claim of this clause, by declaring it non-transparent , but at the same time they lead to the conviction that, on a case-by-case basis, non-abuse can be declared and, therefore, that the bank will not have to return any amount to its customers.

Find what you’re looking for